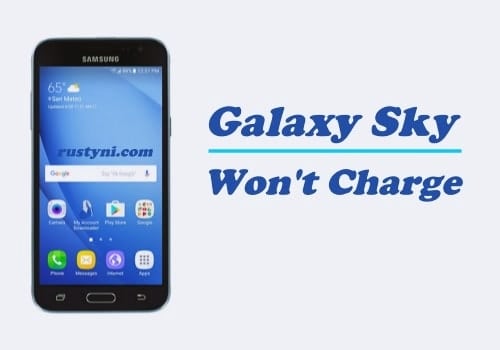 Samsung Galaxy Sky that won’t charge is a pretty common issue that happens to many other smartphone and you can learn how to fix it without have to spend time and money to bring it to a technician.

If this kind of thing happens to you, there is a couple to troubleshooting action that you can take before you bring it to a technician. Sometimes the solution is so simple where you can get the phone start charging in no time.

1. Pull the battery out

Samsung Galaxy Sky use removable battery that you can replace in case there is problem with the battery. In this case, you can release the battery, press “Power button” for a couple of seconds to drain the stored electricity in the phone before putting it back and turn on the phone.

It is possible that the firmware is crash, so it won’t respond to anything. By releasing the battery, you clear out the crash and have the system work back to normal.

2. Check the charger and power adapter

Make sure that the charger is working all right. Try to use the same charger to charge other device and if it’s working, then there is problem with it.

If the adapter is all right, what about the cable? Is there any sign of irregularities such as the cable being broken or burned out? If that so, try to replace the cable to see whether it will work or not.

Make sure nothing stand in the way such as debris or any kind of material that stuck in there. Clean it properly before trying to charge it again.

Carry the phone to a technician if nothing works. They can determine the source of the problem and presented you with the best solution to solve this issue.