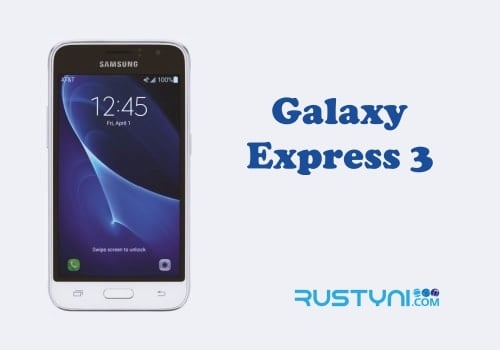 Frozen and unresponsive Samsung Galaxy Express 3 is an issue that you can easily solve using the right approach, the kind of approach that you will find out everything in here and get the phone respond to you again.

It is a huge annoyance especially when you are in the middle of something. In most cases, this kind of problem happens when there is a glitch or minor crash on the system. To fix it, you need to clear the glitch to gives the phone the room to work again.

The best way to clear those glitches is by restarting the phone. In this case, force restarts it because it won’t respond to anything you do. To force restart Samsung Galaxy Express 3, use one between these two approaches:

✔ Press Power key and Volume Down key together for 7-10 seconds or more. It will force the system to reboot and clear those trouble maker glitch.

The whole thing about release the battery and pressing Power key is similar with restart the phone itself. It also clears those glitches so it will help on solving this issue. Once a full minute has up, put the battery back and power on the phone.

Once the phone has turned on, it should respond to the command you put it. Now, this kind of problem could happen to any kind of smartphone and force restart it should do the job.

But if the problem keeps happening, you need to be aware of a more serious issue. Look for other possible cause of frozen phone, more than a just glitch. An app may act out or there is some corrupted cache on the system. Fix those things and have the phone work back to normal.